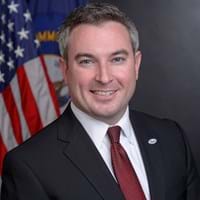 Dr. Ryan F. Quarles serves as Kentucky's Commissioner of Agriculture. First elected to that position in 2015, he was re-elected in 2019, winning 117 of 120 counties.

Under his leadership, the Kentucky Department of Agriculture (KDA) started several new programs, including initiatives to combat hunger and connect Kentucky farmers to new markets.

From 2010 to 2014, Quarles served as member of the House of Representatives. A native of Scott County, he grew up on his family's farm in central Kentucky, an area where they have lived and farmed for more than 200 years.